High quality eye care for people of all ages

Focus Optometrists was established in 1990 and has been owned by our optometrist Simon Hurwood since 1999. The practice provides high quality eye care for people of all ages and has the finest available equipment to provide the greatest level of eye care possible.

We also pride ourselves on the quality of our spectacles. Your most precious sense deserves optimal quality. Not only do you need to see well with your spectacles, but you also need to feel good wearing them.

Our optometrist and practice owner is Simon Hurwood. He has been an optometrist for over 25 years and has also completed an MBA and a Graduate Certificate in Ocular Therapeutics which allows him to treat various conditions including eye infections, allergies and glaucoma.

Simon graduated in 1992 from the QUT School of Optometry and spent two years in Port Hedland, a mining town in the far north-west of Australia. He returned to Brisbane at the start of 1996 and worked as a clinician at the QUT Optometry Clinic as well as doing locum work for various optometrists around the state.

He has a special interest in contact lenses and eye disease such as macular degeneration, glaucoma, diabetes and cataracts and is also experienced at testing children and adolescents.

When not at work Simon spends a lot of time watching and coaching his children’s sport including rugby, cricket, rowing and soccer. 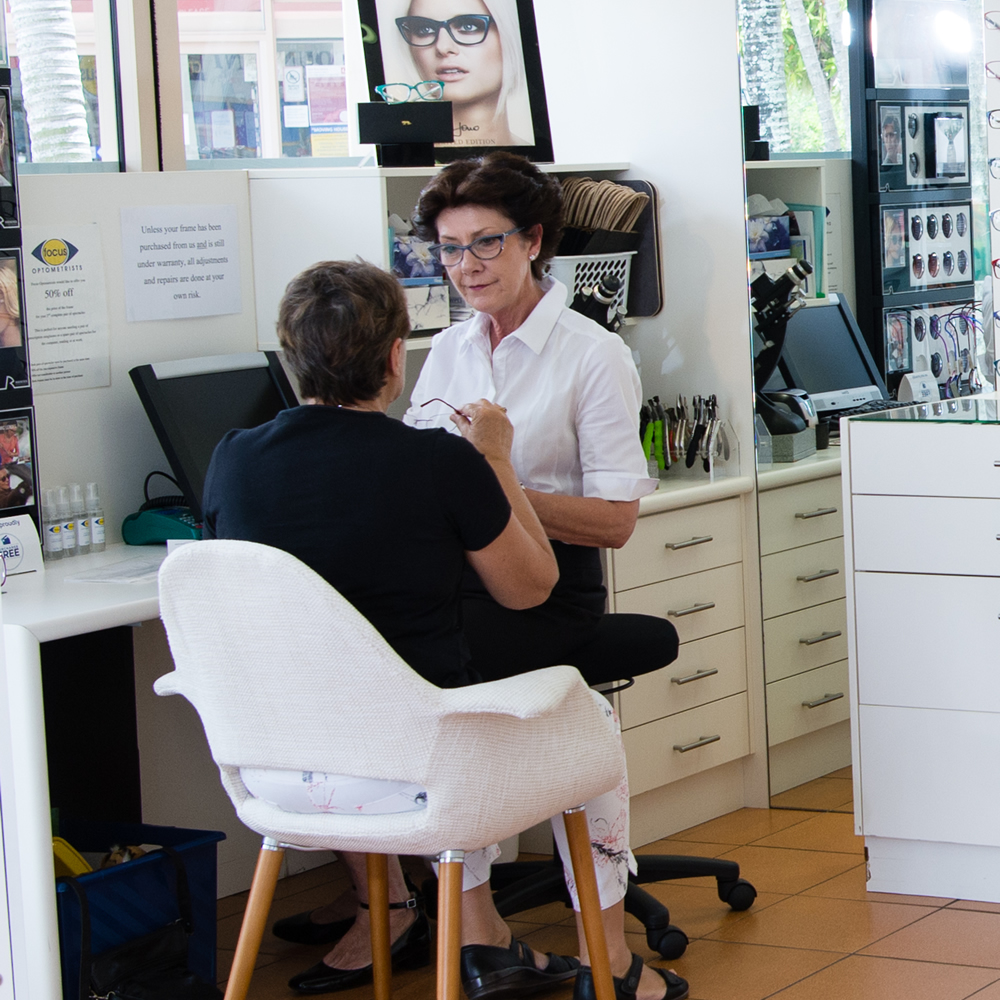 Sandra Williams – is an optical assistant with more than 30 years’ experience who has worked with Simon for more 15 years. She is an expert at selecting frames and will help choose the styles that best suit your face and your needs.

Brie Tsang – is an Optometry Student at QUT and works an optical assistant on Thursday nights and Saturday mornings.